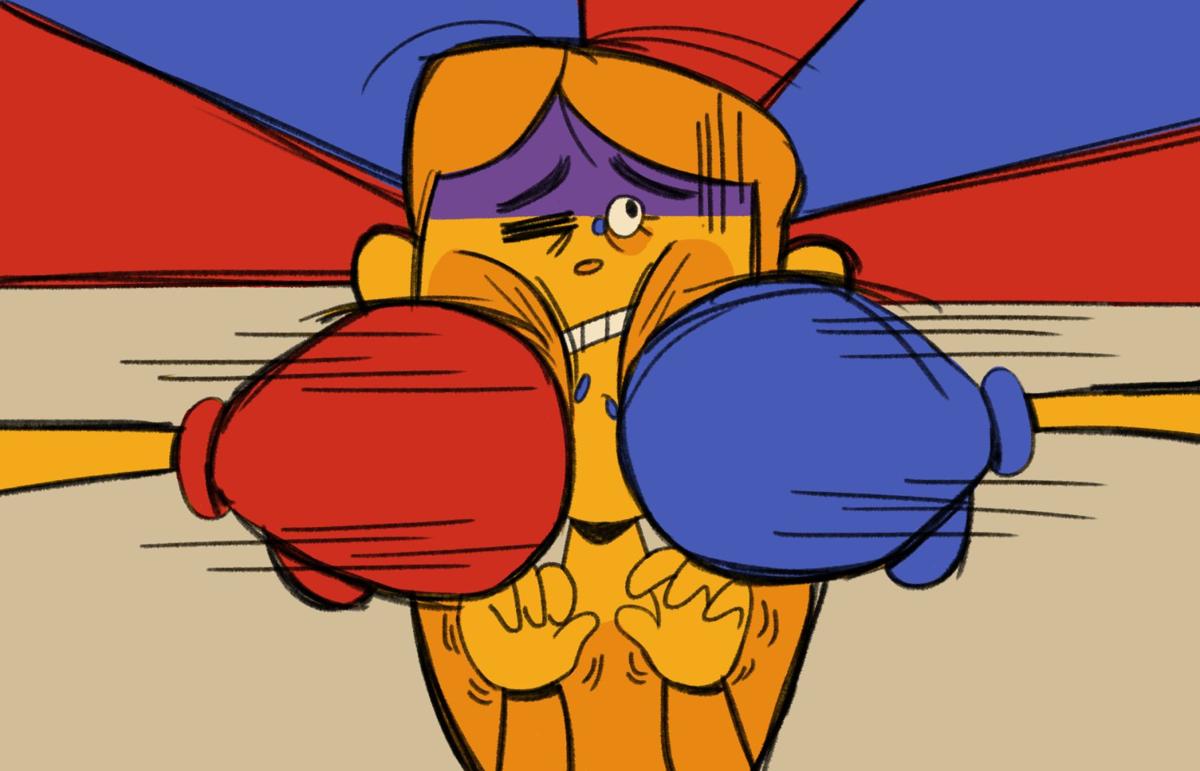 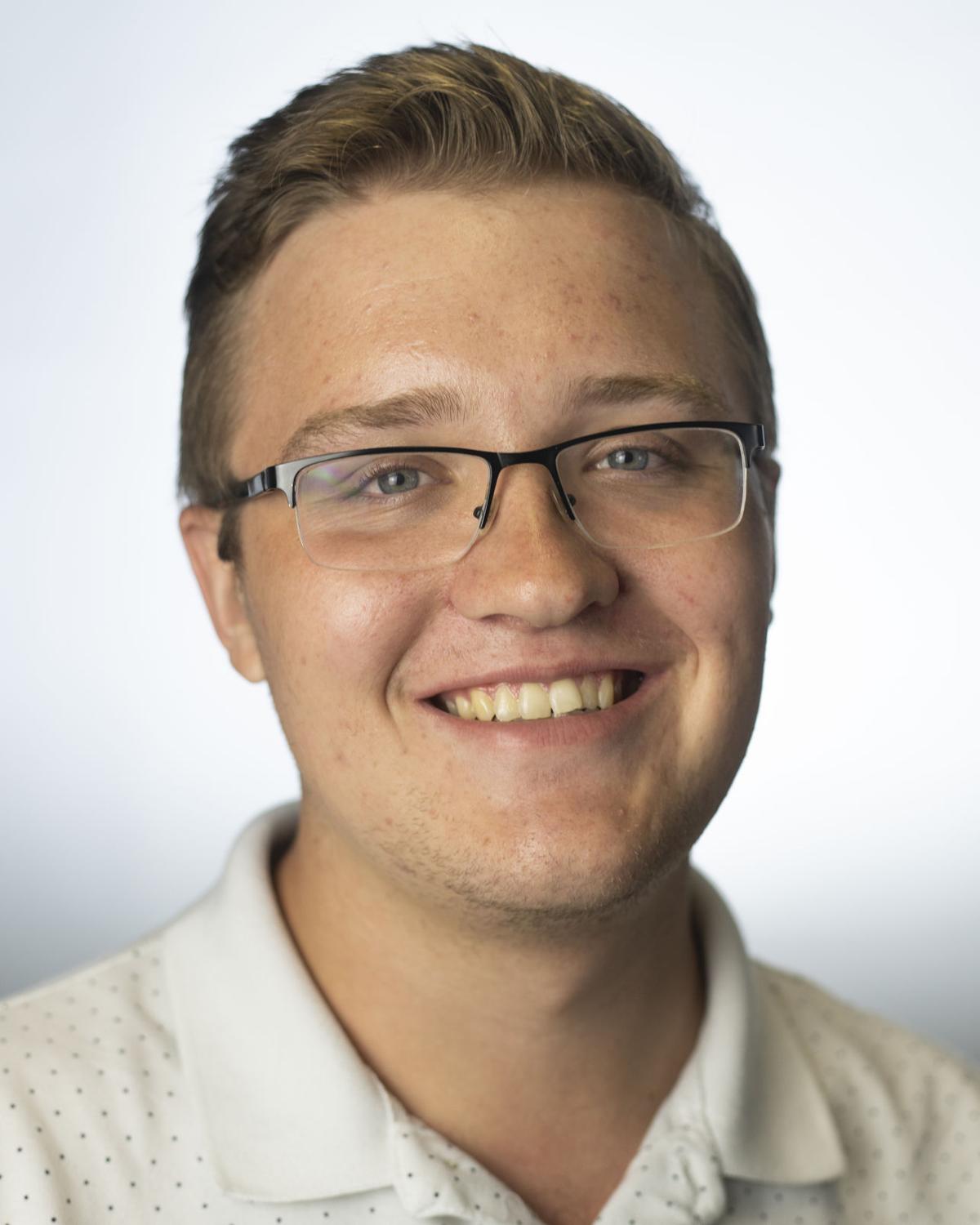 Demarest is political science junior and Community Voices columnist for The Shorthorn.

The American people have important health care needs, but their government is too wrapped up in partisan spectacle to address them.

Trump voters side with their demagogue largely because he is seen as a political outsider. Establishment candidates on the left, like Pete Buttigieg and Kamala Harris, attempt to appeal to antiestablishment leftists by claiming to have “new ideas” that offer no fundamental change.

The impeachment investigation floods the news every day, revealing corruption throughout Trump’s administration. And yet, it is headed by Speaker of the House Nancy Pelosi, who currently holds a 48% unfavorable rating, nearly tied with Senate Majority Leader Mitch McConnell, who stands at 47%.

Meanwhile, the main issues affecting the American people are lost behind a constant storm of changing narratives, personal attacks and “breaking” news stories, all related to an impeachment that is likely going to stop at the Senate.

So it seems that, no, we cannot get along. There is no unity in Washington except to provide political theater in the hopes of damaging the reputation of the other side.

Meanwhile, Americans wonder how they will pay for their insulin, afford an emergency hospital bill or pay off existing medical debt. The health care crisis in America plays second fiddle to partisan smears. Those on the left who offer legitimate plans to solve this crisis often receive the labels “idealist” at best and “extremist” at worst.

But this issue is incredibly important to the American people.

In a RealClear Opinion Research poll of 2,000 registered voters, participants were asked to name the top three issues that they thought were most important to them. 36% listed health care as most important. The poll included an equal number of people who identify as liberal, moderate and conservative. Their top three health care priorities were the cost of care, cost of drugs and access to care.

According to the same poll, 55% said they support a plan that would eliminate private insurance companies and provide a government program instead. A majority of Americans support "Medicare for All," despite a divided political landscape.

So why is presidential candidate Sen. Bernie Sanders’ plan, which provides exactly that, not soaring him to victory?

When cost is a priority, Americans should know that the amount they will be paying in taxes is significantly less than what they are already paying to private insurance companies. Allowing the government to negotiate with big drug companies would also result in lower costs for prescriptions.

The Kaiser Family Foundation found that the average American household spends almost twice as much when compared to nations that have some form of Medicare for All. This isn’t a new problem, and Americans are becoming increasingly aware of how damaging our current system is.

So where is our Medicare for All? We can hardly afford our rising tuition costs, let alone medical bills.

If Washington was more concerned about the needs of its citizens and less concerned with partisan playground antics, we would see that dramatic change.

It becomes hard to discuss policy when McConnell is burying House-supported bills and Pelosi is putting all her efforts into impeachment. Meanwhile, President Trump is continuing to say anything and attack anyone who attempts to go against him.

So, here is a question for D.C. How many of our kidneys do you want us to sell before you focus and do your job?

As an American on Medicare I can tell you that you are incorrect when you say there will not be premiums, deductibles, and copays under a Medicare For All program. All of these payments are already included for current Medicare members. They may not be extremely costly but they exist. Bernie has not laid out a plan on how the US will fund this program beyond raising taxes so we should assume the patient costs will remain as is, or increase as so often happens when there is no competition, . You look to countries that currently have some form of socialized medicine to base your argument, but you fail to mention the extremely high taxes and failing medical systems in these countries (The UK is a good example.) Yes, the US has problems with medical costs and insurance. Yes, drug companies put profit over patients. Yes, medical providers charge far to much because they are themselves burdened with outrageous student loan debt they need to pay. However, government control of our healthcare isn't the answer. Do I know the answer? No. Until the corrupt politicians in DC stop acting in their own interests nothing will change. The most important thing to remember is that nothing that is mislabed as "government funded" is free, it is all taxpayer funded. Medicare for all will just provide another slushfund for government corruption while raising taxes and providing substandard care for Americans.

The only criminality that the impeachment inquiry has exposed is that from the democrats. Presenting Heresay and opinion against someone they can't stand doesn't prove anything and this is why there was an inquiry not a hearing. Heresay and opinion are not fact or evidence and are not allowed as such. The interesting thing I did see while watching these proceedings (not getting talking points from the media) was witness responses that indicate possible crimes in the democratic party...think Ukraine, Burisma, Biden.

I hope the next step is an actual vote to impeach so that it is sent to the Senate. Many people think it would be D.O.A. but many of us do not. We believe the Senate will use this time to present evidence and witnesses of criminality on both sides of the aisle in the efforts of the Democratic party to commit a soft coup against Trump. At that point the swamp can actually be drained.

Complete nonsense, but that's what ive come to expect of this author. This impeachment process hasn't revealed rampant corruption in the Trump administration lmao, you are brainwashed if you believe this to be true at all. This entire spectacle is just opinion and motive assigning to Trump. Furthermore, he isnt viewed as a demagogue to anyone but the left. If you still cant see why people voted for Trump outside of this made up worshipping and god complex you assign to us then we havent much to speak about I guess. You can keep demonizing and misrepresenting us and taking us further down this divisive rabbit hole, all while believing you aren't part of the problem lmao.

Democrats are so effective at brainwashing people, to the point that no matter how many times they are proven wrong about Trump, they still continue believing he is worse than hitler lmao.

You’re absolutely right when you said the left are delusional. The election of President Trump has literally caused many liberals and leftists to have mental breakdowns. Leftist are no longer rational and cannot and will not have a civilized conversation with anyone that dares to defy their ideologies. They are afraid, especially the Democrats in power, they fear that if they don’t find a way to remove the president from office that the truth about the American people turning on them will be true. We are on the precipice of a major political change in our country and whether it is a soft transition or explodes into a violent and bloody civil war this change is coming. The first step in changing our country for the better will be to purge congress and elect completely new senators and representatives, anything less and the corruption will only spread again like a cancer.