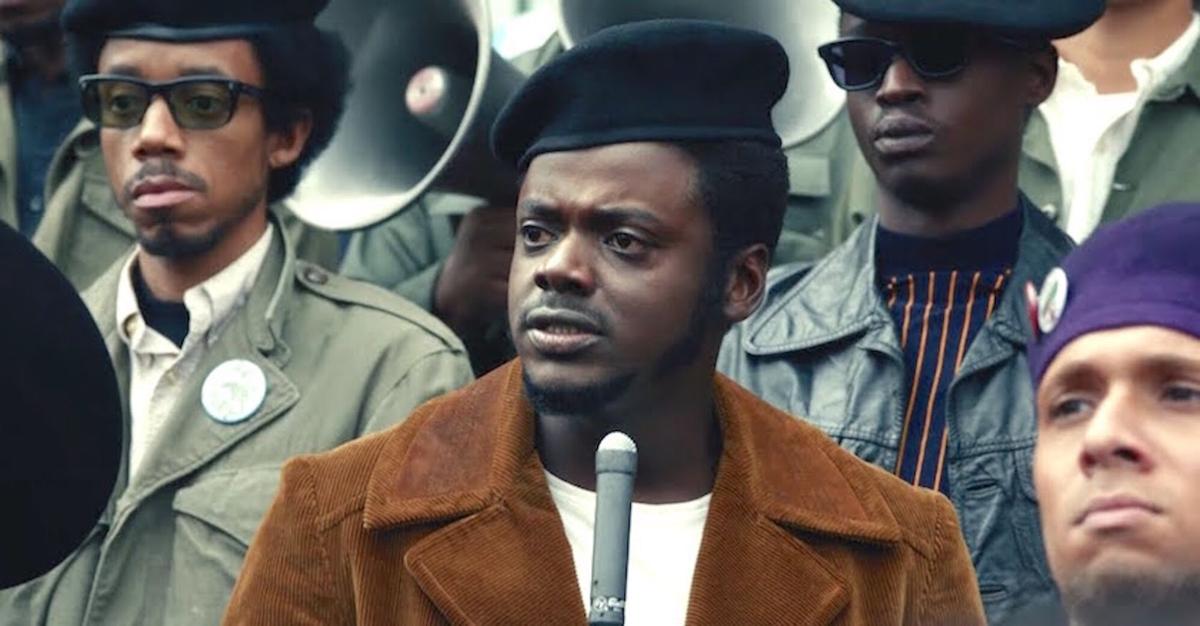 Actor Daniel Kaluuya in Judas and the Black Messiah.

Black History Month is upon us, and a part of celebrating this month is consuming and appreciating Black art in all its forms.

Here’s a list of recommendations for Black films that celebrate the past, present and future of Black culture.

In this romantic drama, Washington plays a film director with Zendaya as his partner. After the premiere of his film, the two come to a head in their relationship as secrets and revelations arise.

This film was made over quarantine in the summer of 2020. It is set to release Feb. 5 on Netflix.

If Beale Street Could Talk

This romantic drama was directed and adapted by Moonlight director Barry Jenkins. The film was adapted from James Baldwin’s 1974 novel and stars KiKi Layne, Stephan James and Regina King.

Layne and James play a couple in ’70s Harlem who must fight for their relationship and Layne’s freedom when he is imprisoned for a crime he didn’t commit. If Beale Street Could Talk is available for streaming on Hulu.

Rae’s character loses her mother, a famous photographer, and then finds a photograph in a safety deposit box before finding herself on a journey into her mother’s early life.

Stanfield plays a rising journalist writing a story about Rae’s character’s mother, and the two become romantically involved. This movie is available for streaming on HBO Max.

Judas and the Black Messiah

This film depicts the lives of Black Panther Party leader Fred Hampton (played by Get Out’s Daniel Kaluuya) and LaKeith Stanfield (William O’Neal), the man who turned him over to the FBI.

This film was directed and written by Shaka King and it is set to be released Feb. 12 in theaters and on HBO Max.

The United States vs. Billie Holiday

This Hulu original is a biopic about the life of jazz singer Billie Holiday. The film depicts her career, being targeted in a drug sting and her relationship with Federal Agent Jimmy Fletcher.

Holiday is played by Andra Day and Fletcher is played by Trevante Rhodes. This film was directed by Lee Daniels, who also directed The Butler and Precious, and will be available to stream via Hulu on Feb. 26.

One Night In Miami

Regina King’s directorial debut is a fictional account of the night that icons Malcolm X, Muhammad Ali, Sam Cooke and Jim Brown spent together in Miami, Florida, in the ’60s.

The film explores the life of blues legend Ma Rainey and her battles with her band against white management that tried to box her in. Ma Rainey’s Black Bottom is available now on Netflix.

For those of you looking for older films, or less main stream ones, I personally enjoy the following:

Across 110th Street - Yaphet Kotto stars as a police office in a race against time to capture criminals responsible for a heist gone wrong before the Mafia gets to the criminals first.

Cooley High - the lives and promising futures of Chicago teenagers winding down the last few weeks of their senior year of high school take unexpected turns as they navigate the Windy City's unforgiving streets.

Dolemite - A fantastic performance by Rudy Ray Moore, this is a comedy that is a must-see for any lover of cinema.

Lean on Me - Starring Morgan Freeman as tough-minded Principal Joe Louis Clark, tasked with what many see as a fool's errand, turning around troubled East Side High School and saving it from a takeover by the state of New Jersey. I recently re-watched this film and the issues and concerns are as relevant as they were when it came out in 1989.

Claudine - Starring James Earl Jones and the always-lovely Diahann Caroll, this movie takes a look at the systems and rules set in place to work against the disadvantaged, even when those systems masquerade as "a helping hand". Mr. Jones delivers an outstanding performance as Rupert "Roop" Marshall.

A Raisin in the Sun - based on the play by Lorraine Hansberry, this film stars the brilliant Sidney Poitier and is about a family that receives a sizeable insurance check and their decisions about what to do with the money. Be warned, of all the films on this list, this one will break your heart.

Jazz, A Film by Ken Burns - This is a 10-part documentary that covers the birth of the uniquely American music genre starting from its inception in the late 1800s up until the early 1970s when its popularity with American audiences started to wane and it became the domain of tweed jacket with elbow patch wearing, pipe-smoking, academic crowd. This documentary highlights and intertwines the social, racial, economic, and international conditions that personally impacted every musician highlighted in this series, from Jelly Roll Morton all the way to Louis Armstrong, John Coltrane, and Miles Davis.

Beat Street - In some ways, this is like a more serious version of the Breakin' movies - but this film does an excellent job of highlighting the conditions and culture that spawned the rise of rap. From graffiti artists to break dancing to the house parties where emcees would battle it out on the microphone to the dance battles that served as a far better alternative to the previous decades knife and gun battles, this film captures that unique moment in rap history right as the old guard (The Furious Five, Cold Crush Brothers, Kurtis Blow, Kool Moe Dee & The Treacherous Three) were on their way to passing the baton to guys like Russell Simmons, Rick Rubin, and Def Jam. It also does an excellent job of visually highlighting the extreme economic disparity between the South Bronx of the early 80s and the monied streets of Manhattan.