While students were voting during Student Elections in the Gallery in the University Center, they could hear the sound of Nashville-style country music from musical duo As Girls Go. 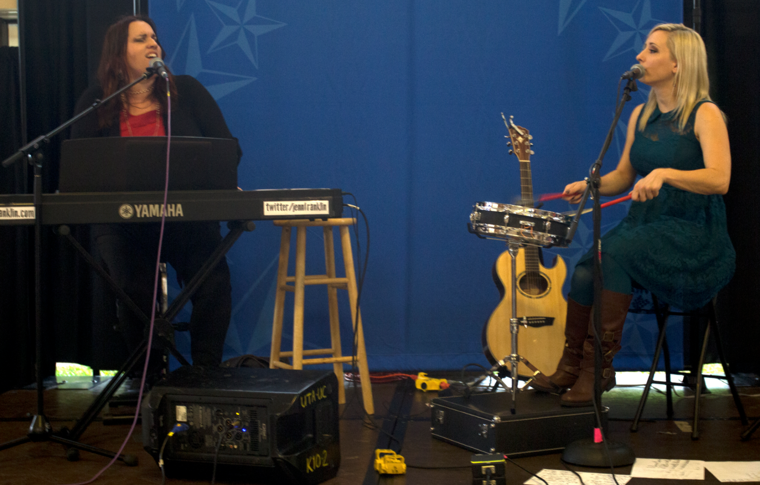 The duo, Kimber Cleveland and Roxie Randle, played for the final show of the Afternoon Variety Showcase at noon Tuesday in the University Center Palo Duro Lounge. Jordan Silver, co-chairman for the Afternoon Variety Showcase and exercise science senior, said that EXCEL was selective about who they wanted to perform at the last showcase of the semester. 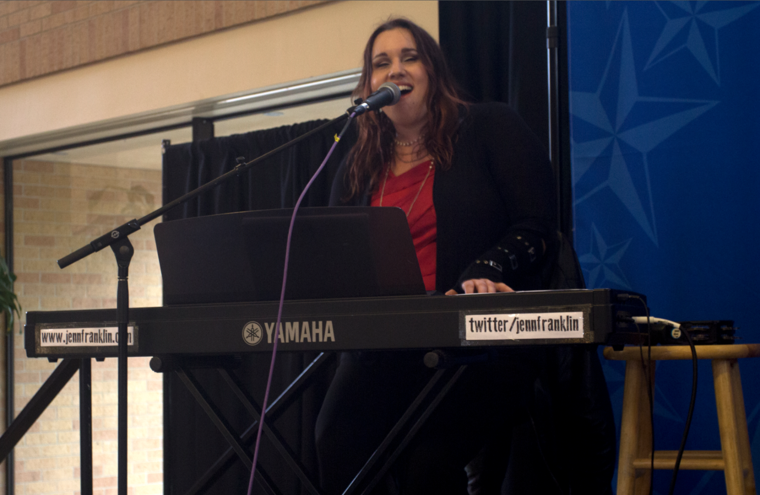 As Girls Go member Kimber Cleveland performs Tuesday at the University Center. Cleveland was there with bandmate Roxie Randle to perform for the last Afternoon Variety Showcase for the semester. (The Shorthorn: David Dunn)

While As Girl Go performed, EXCEL handed out free popcorn as students relaxed during lunchtime and listened to music. Kiniseology senior Dan Martinez didn’t know about the showcase before he went to the University Center.

“In between classes, wanted to grab something to eat, heard some music, decided to go and check it out,” he said. 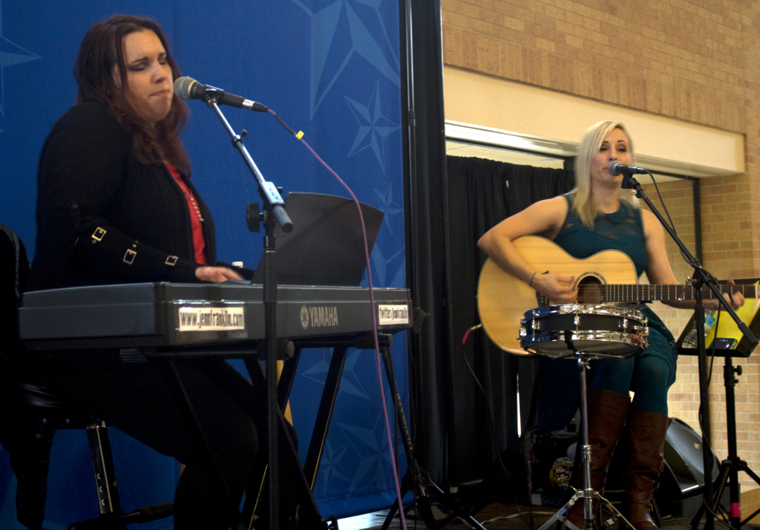 As Girls Go played a mix of its original music and covers of other recent popular songs, including “Cool Kids” and “Try.” Undeclared freshman Praveena Aleti was excited when As Girls Go played her favorite song “Girls Chase Boys.”

“I like their rendition of it, and I like their sound,” she said. “It’s country, but it still popped. I liked that.”

Silver said that As Girls Go played better than he expected.

“Their original songs aren’t bad, but when they start doing covers, I think that’s when the magic really happens,” he said. 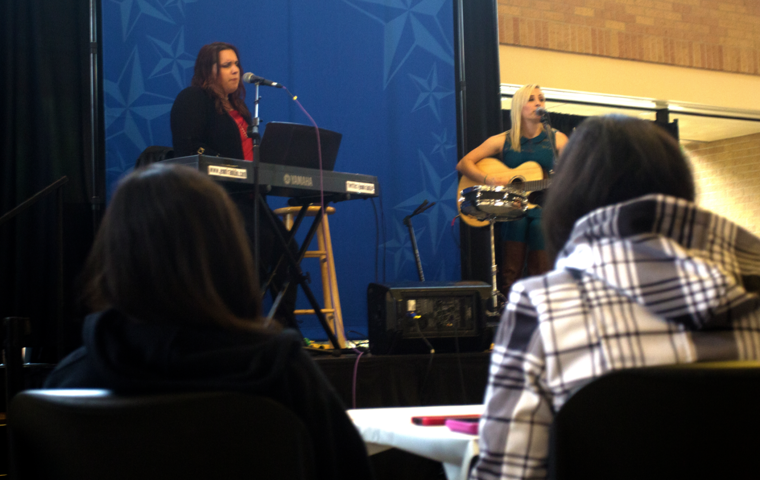 A group of students watch As Girls Go perform for the last Afternoon Variety Showcase of the semester Tuesday at the University Center. (The Shorthorn: David Dunn)

Silver said the band is skilled because of its range. EXCEL has already started planning ahead for next semester’s showcase, Silver said.

“We’ve had talks in our meetings about next semester’s, but we’re pretty much in the selective phase right now,” he said. “We’ll have all that in the next couple of weeks [or] months.” 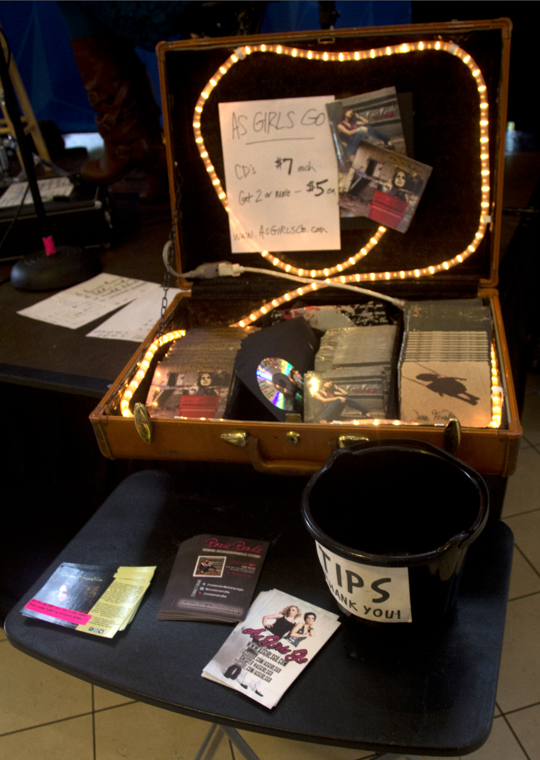 An open brief case selling CDs sits out in front of the stage Tuesday at the University Center. The CDs include both collaborative and individual works of As Girls Go members Kimber Cleveland and Roxie Randle. (The Shorthorn: David Dunn)

The duo sold CDs of its most popular work, including Little Victory and Comin’ On Strong at the showcase. CDs were available for $7 each and $5 each if purchasing two or more.

“I think I’ll look up some of their songs on YouTube,” Aleti said. “Check them out a little bit more, and then maybe I’ll think about buying their CDs later.”