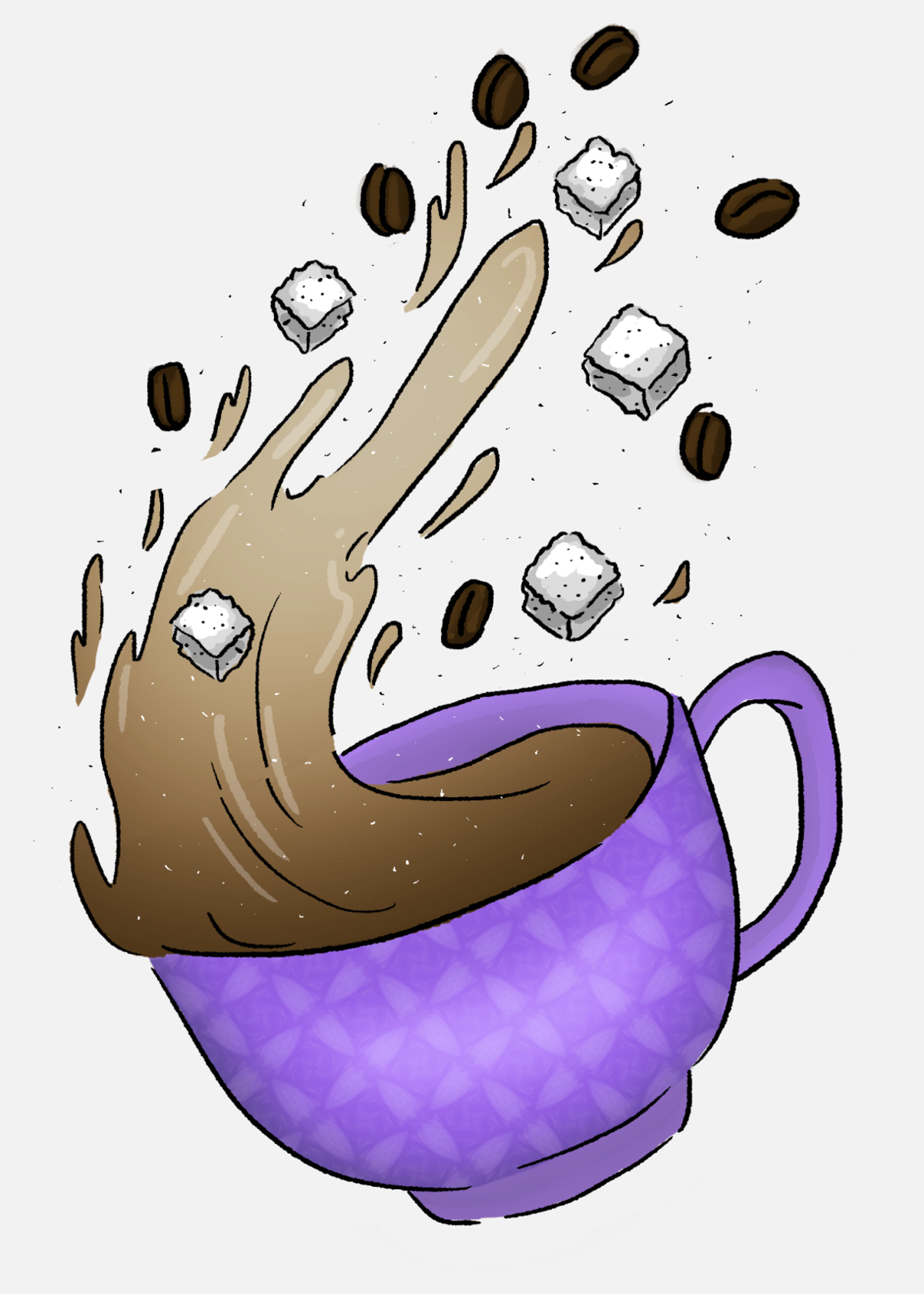 As college midterms loom and students succumb to stress, coffee is a drink to help people get by.

The first thing she does in the morning before heading to class is make a warm coffee with a pinch of peppermint in her Keurig.

Coffee can be made by instant powder, roasted grounds or raw beans prepared with a conventional coffee maker or through a professional French press, Barroso said.

“It just depends on how you like your coffee,” she said.

Coffee is a commodity grown and produced worldwide, and many countries have their own methods of making it.

Brazil is the largest coffee producer, according to a June 2019 United States Department of Agriculture report, with Vietnam and Colombia ranked second and third.

The Brazilians use the “dry process” for their coffee, where unwashed coffee cherries are dried in the sun rather than being washed in a wet process, according to worldatlas.com.

As for Vietnamese coffee, this signature drink is mixed with sweetened condensed milk.

In Colombia, “aguapanela” — which translates to “panela (hardened sugar cane) water” — is used in their coffee. Panela is boiled in water alongside coffee beans and spices such as cinnamon and mint.

India also finds a unique way to make the beverage. Their coffee beans are grown alongside cardamom and cinnamon plants, giving the coffee a “spicy taste and aroma,” according to worldatlas.com.

The roasts range in different levels of caffeine, blonde being the strongest, medium being average and dark roast being the lightest.

People can order coffee with one roast in it called “single origin” or with multiple roasts called “mixes,” Osbourne said.

Everything from the species of coffee plant, the soil and the weather affect the taste of the final product: a warm cup of coffee.

The origins of America’s “beloved bean” can be traced back centuries to the ancient coffee forests in Ethiopia, according to the National Coffee Association USA.

Coffee beans are actually the seeds of a cherry-like fruit. The fruit, called “coffee cherries,” is found in clusters on the branches of coffee trees. They turn bright red when they are ripe and ready to pick.

Legend tells that an Ethiopian goat herder named Kaldi noticed after his goats ate these berries, they became so energetic they couldn’t sleep. Kaldi also felt the coffee cherries’ energizing effects after tasting the bright red berries for himself.

According to legend, Kaldi reported his findings to the leader of a local monastery, who made a drink with the berries and found that it kept him alert through the long hours of evening prayer. As word moved east and coffee reached the Arabian peninsula, it began a journey that would bring these beans across the globe.

Coffee cultivation and trade began in the 15th century on the Arabian Peninsula, where it was exported to European countries such as France, Germany and the United Kingdom.

In the mid-1600s, coffee was brought to America. In 1773, it rapidly became the favored drink in the New World when colonists revolted against a heavy tax on tea imposed by King George III. The revolt, known as the Boston Tea Party, changed the American drinking preference from tea to coffee.

Barroso uses coffee as a part of her morning routine, a drink during lunch breaks or just a reason to hang out with friends.

For her, coffee is a drink that keeps her energized and focused daily.

“It’s just something that I know I can have,” she said. “I just have to be careful about how much I have.”

Coffee consumption can be beneficial or harmful to different people depending on how their bodies react to caffeine, registered dietitian nutritionist Stacie Ellis said.

However, if the body metabolizes caffeine slowly, it affects the cardiovascular system and can create negative side effects such as increased heart palpitations, high blood pressure and shaking in some, Ellis said.

“A lot of the time, people get the unhealthy options,” she said. “And people are drinking coffee like it’s water.”

The recommended daily serving size for coffee is three to five cups for moderate coffee drinkers. For people who drink coffee in high amounts, six to ten cups is the serving size. The coffee should be straight black coffee with no added sugars, sweeteners, creamers or artificial preservatives, Ellis said.

Coffee is not for everyone, Barroso said, but finding a flavor that fits a person’s taste and exploring options might change one’s perspective.

Migrating from Taiwan to the States, the mixture of milk tea, shaved ice and tapioca balls (or boba) is a unique and trendy beverage.

Personally I very rarely drink coffee, in my opinion people should try to refrain from drinking it or cut back their coffee consumption as much as possible to avoid caffeine dependency. I for one have managed to use two methods that work to substitute the jolt in the morning to wake me up. First (and the best option) is get up and hour earlier and work out I prefer to run in the morning to wake up and exercise to loosen myself up and prepare for the day. Secondly in the event I don’t have time or just want a little extra sleep when I do get up I’ll take a cool shower, the cool/cold water will wake you up almost instantaneously and surprisingly enough when you dry off you feel very refreshed.

Try to limit your caffeine, over consumption has been linked to heart problems so try to live as healthy as you can!