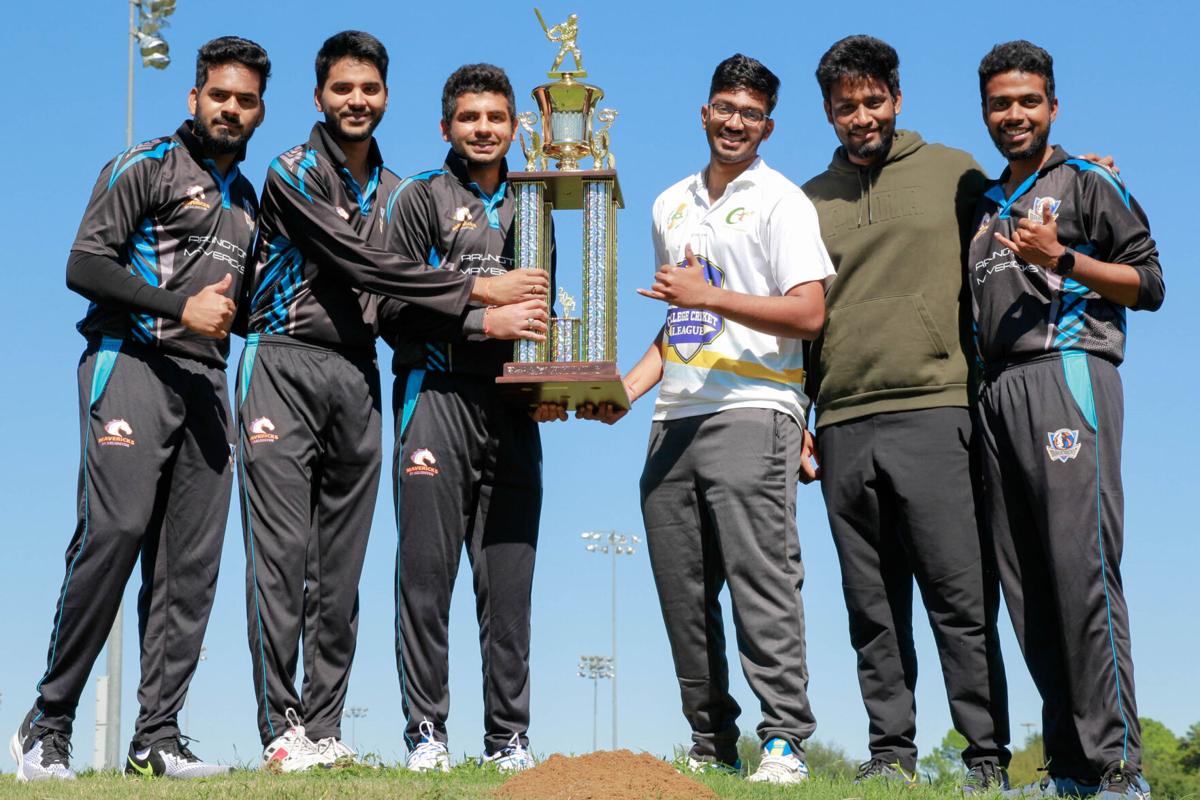 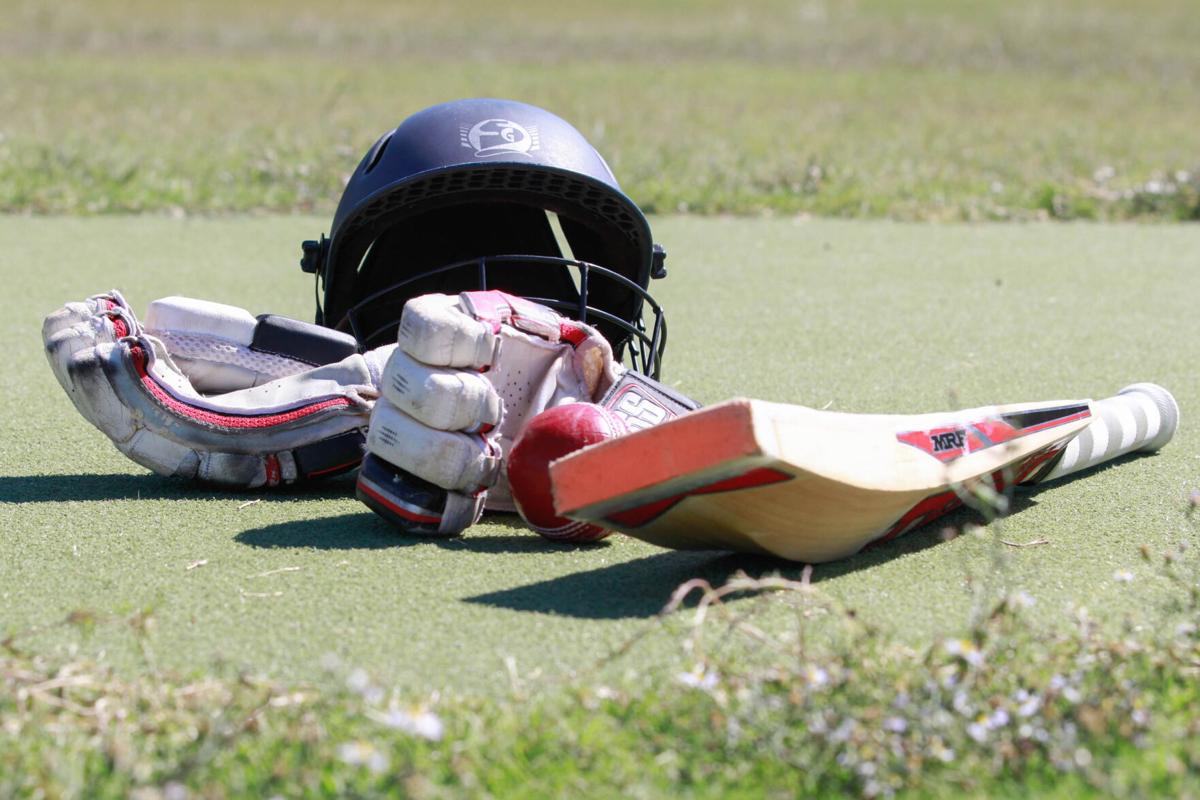 Cricket gear is displayed Oct. 16 at the UTA Cricket Pitch. 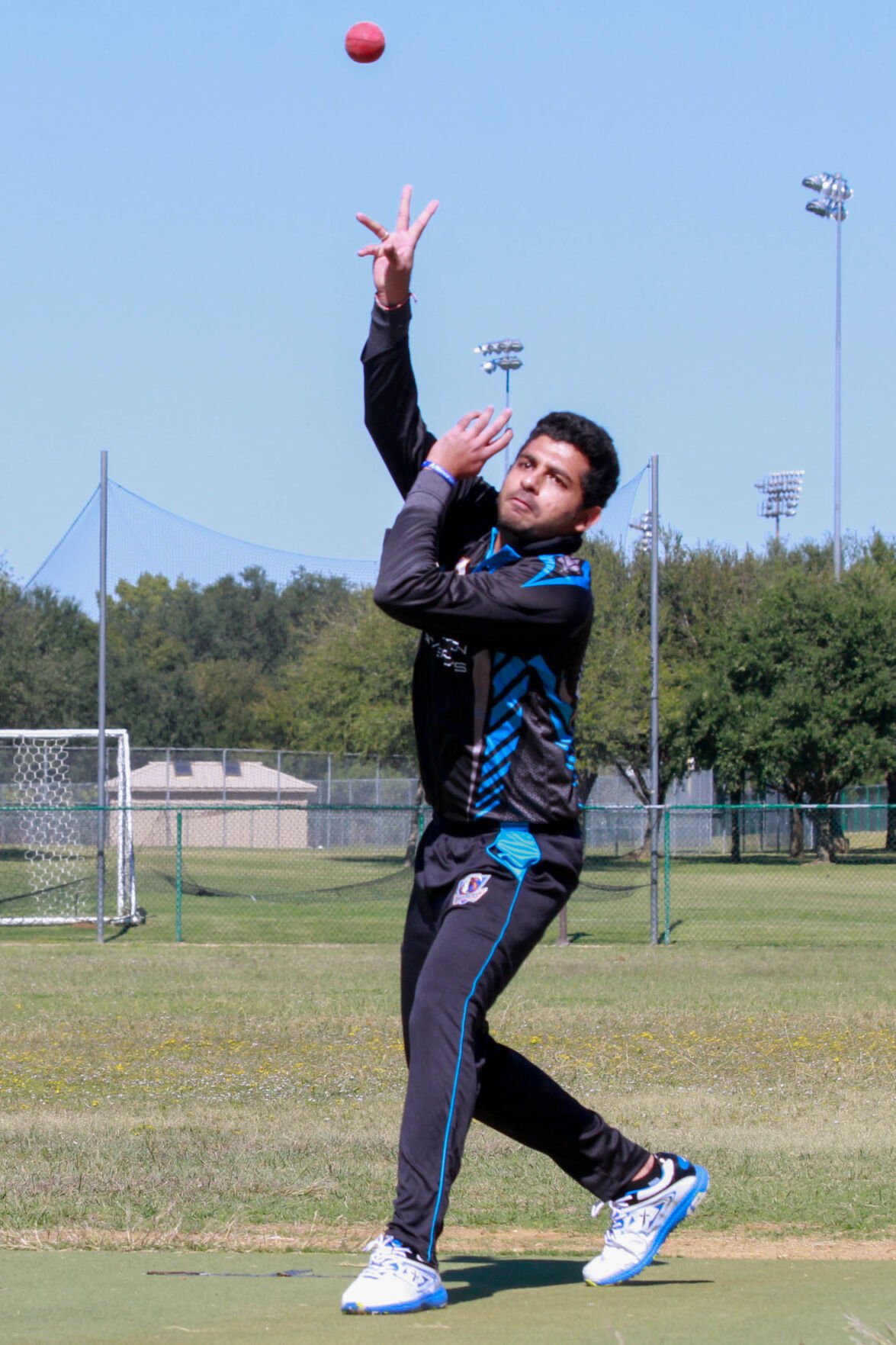 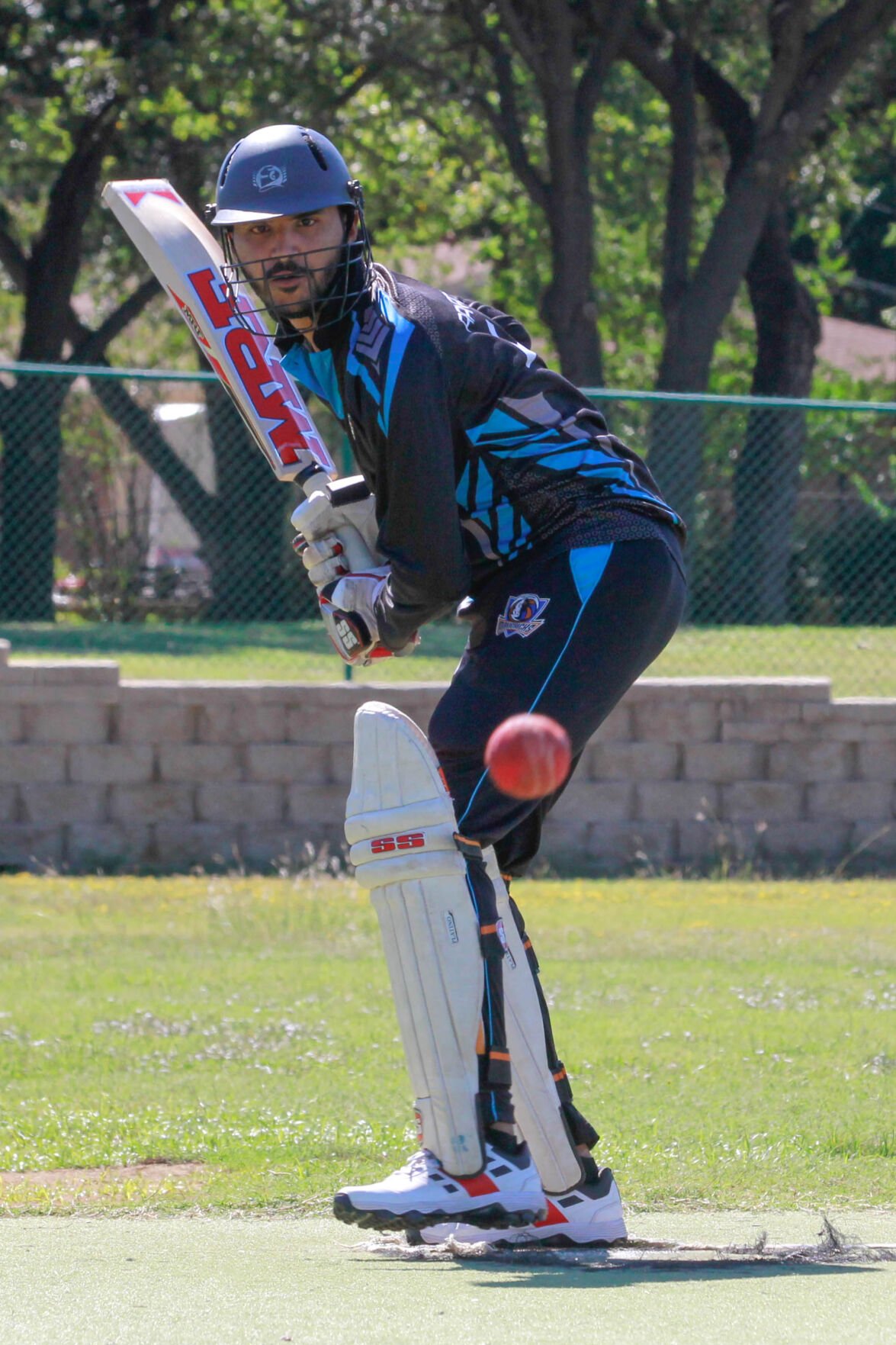 Graduate student Ranadheer Burra focuses on the ball while he bats Oct. 16 at the UTA Cricket Pitch.

UTA Cricket Sports Club recently tied for first place in the College Cricket League championship at the Sandy Lake Cricket Ground in Carrollton after its first semester back from the COVID-19 pandemic.

The student organization promotes cricket on campus and competes with universities across the country at regional and national competitions.

Cricket is played with a bat and ball and involves two competing teams, each with 11 players. The sport is played throughout the world, particularly in England, Australia, India, Pakistan, the West Indies and the British Isles.

The final round of the championship was stopped midway due to rain, and although UTA scored 45 while the University of Missouri-Kansas City had zero, the prize money was split between the two teams. Each team received $3,500 and a winning trophy.

Vamala, who was the second-highest wicket-taker in the tournament, said they had two teams competing.

“Our only motivation [is] to win the cup for UTA,” he said. “That is the driving factor for us.”

The team received a late notice about the College Cricket League and only started practicing about two weeks before, Trivedi said. But that didn’t bother them as they were already practicing regularly since the summer.

The chemistry within the team ultimately unlocked the door to their championship title.

Trivedi had full confidence that the UTA team would win because the players knew each other well and supported each other.

Sai Mandava, team captain for the tournament and computer science graduate student, said he has known nine of the players on the team since 2016, which he met  during his undergraduate study in India.

Mandava approached the tournament just as confidently as Trivedi. The team communicated well and knew how to set the field accordingly, he said. Even during the finals against Missouri-Kansas City, UTA had already defeated them in the initial round, he said.

“We didn’t get any tough competition from any other teams,” he said.

Behind the triumph was the struggle of time conflicts. Not everyone could train at the same time or day because of class schedules, Trivedi said. So they became flexible with practice, sometimes it would be in the morning while other times at night.

The victory was a morale boost to the team, he said. He has received requests from people wanting to join the club since.

The club is now practicing for the spring 2022 National College Cricket Association championship, where all regional champions come together and battle for the national title, he said.

They also try to organize matches with professional clubs in the North Texas region to get more experience on the professional level, he said. He believes good fielding is the difference between winning and losing a match.

Vamala said he’s happy to represent UTA and proud to be part of the winning team to carry the legacy forward.