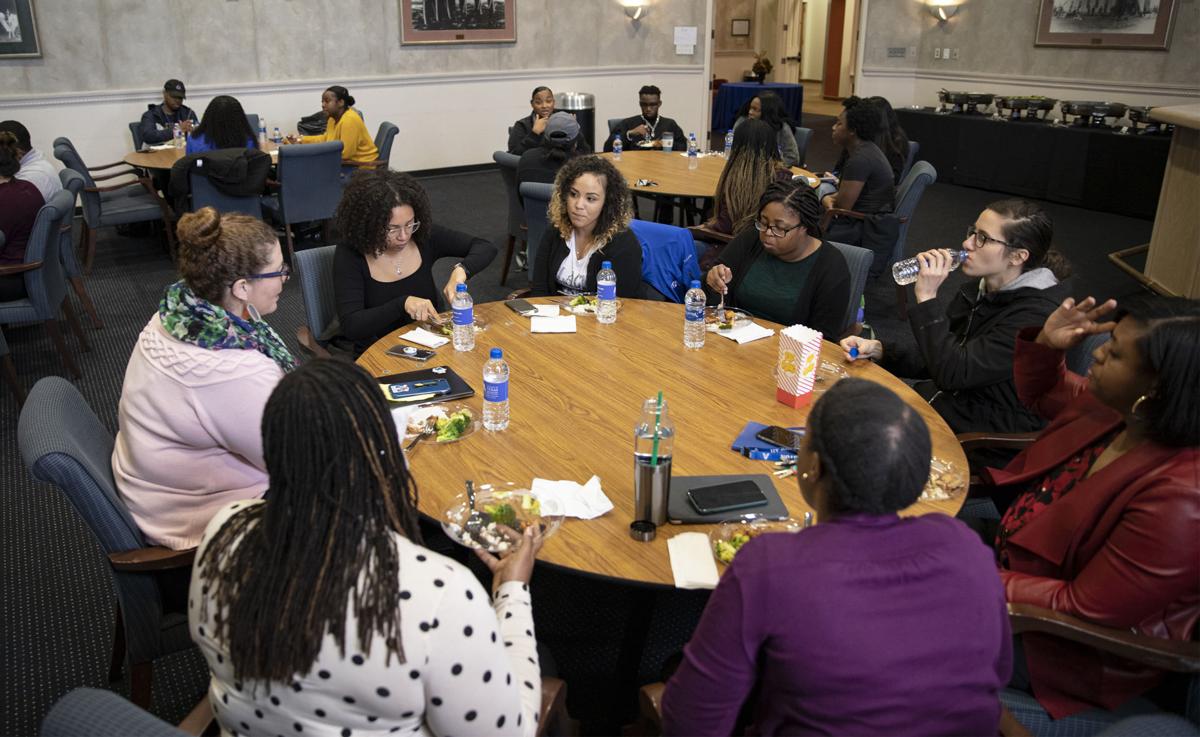 Attendees discuss their opinions at the Black Culture: Does America Appreciate or Appropriate event Feb. 12 in the University Center. Participants were encouraged to express their opinions on the topic of cultural appropriation. 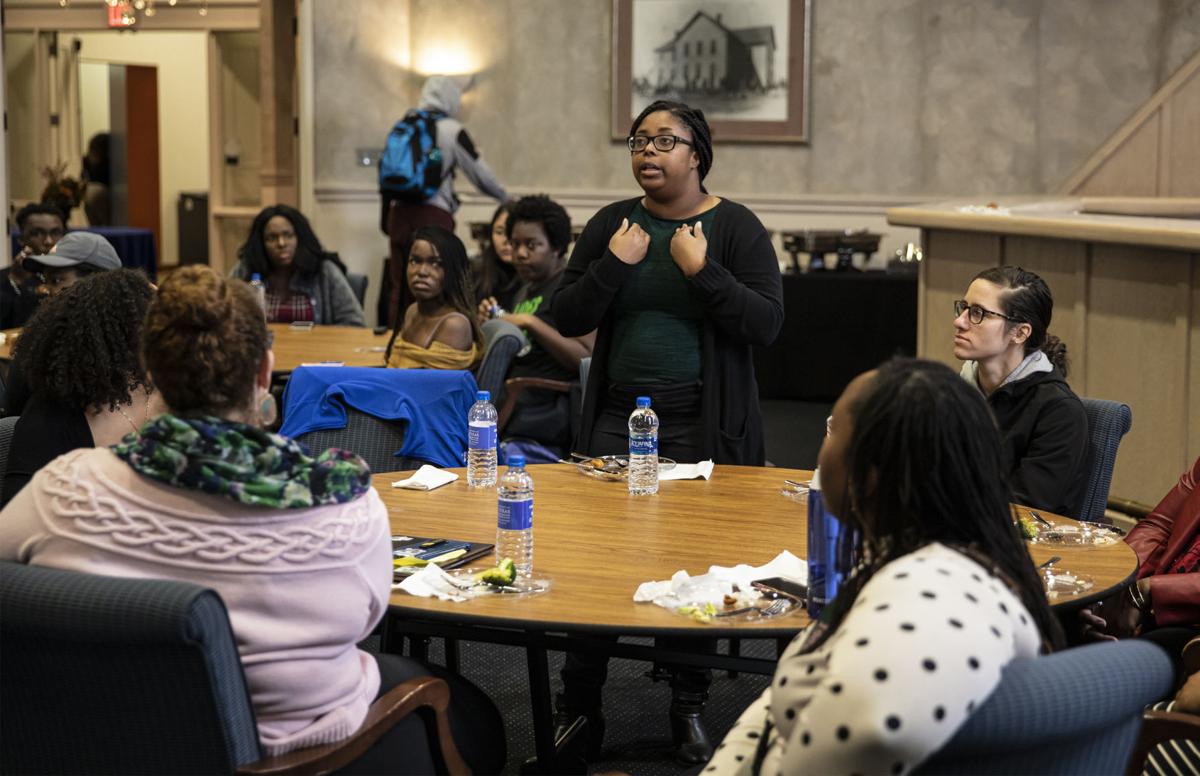 LaKeitha Yarborough, Upward Bound educational adviser, speaks about what her group discussed at the Black Culture: Does America Appreciate or Appropriate event Feb. 12 in the University Center. Participants were encouraged to express their opinions on the topic of cultural appropriation.

Attendees discuss their opinions at the Black Culture: Does America Appreciate or Appropriate event Feb. 12 in the University Center. Participants were encouraged to express their opinions on the topic of cultural appropriation.

LaKeitha Yarborough, Upward Bound educational adviser, speaks about what her group discussed at the Black Culture: Does America Appreciate or Appropriate event Feb. 12 in the University Center. Participants were encouraged to express their opinions on the topic of cultural appropriation.

Students and faculty discussed whether black culture is appreciated or appropriated in the first Maverick Conversations event of the semester Wednesday.

Hosted by the Office of Multicultural Affairs and NAACP, participants sat at round tables to discuss what place black hair and hip-hop music have in American society.

Maverick Conversations is a platform to discuss relevant social topics, Multicultural Affairs director Melanie Johnson said. The office does not take a side, and presenters try to stay as neutral as possible to encourage different viewpoints on the various topics.

A topic of discussion included whether a white buy-in is required for America to appreciate black culture, after a video of Martha Stewart and Snoop Dogg in a parody rap video was shown.

The white buy-in refers to a culture being up for purchase, Johnson said. Seventy to eighty percent of revenue buyers for hip-hop music are white, she said.

Theater junior Stacy Okafor said because white people make up the majority of the country’s population, the white buy-in can help popularize music like hip-hop.

Political science freshman Kara Otuke said hip-hop began as a political statement, but that changed overtime. While money can be a contributing factor, the white buy-in has made hip-hop less of what it was originally.

Many white people may not want to hear about issues in black culture, and if they make up a large part of the consumer base, the music has to be tailored to that audience, she said.

Johnson defined cultural appropriation as the inappropriate adoption of customs, practices or ideas of one society by members of another and typically more dominant society.

She showed a YouTube video on cultural exchange, appreciation and appropriation.

The video referenced marginalized groups being stigmatized for hairstyles such as cornrows while nonblack celebrities like Kylie Jenner wear them with no backlash.

Another video shown made the argument that it is ignorant to say nonblack people can’t wear braids.

Otuke said she remembered that when she was young, her aunts and her mom would perm their hair for job interviews because natural hair was viewed as "wild."

“That’s why I hate when people say, ‘Oh, it’s just hair,’” she said. “It’s just recently that natural hair has been accepted.”

Okafor said it’s appropriation when someone steals from another culture and claims it as their own.

She referenced the Kardashians calling cornrows “boxer braids” and making it seem like they invented it when the style has been in the culture for years.

Social work senior Destiny Aden said it’s fine if people want to appreciate the styles, but there’s a line between appreciation and appropriation.

Aden said the line of judgment depends on the person, and not all lines are the same.

“Something that will trigger you might not trigger me,” she said.