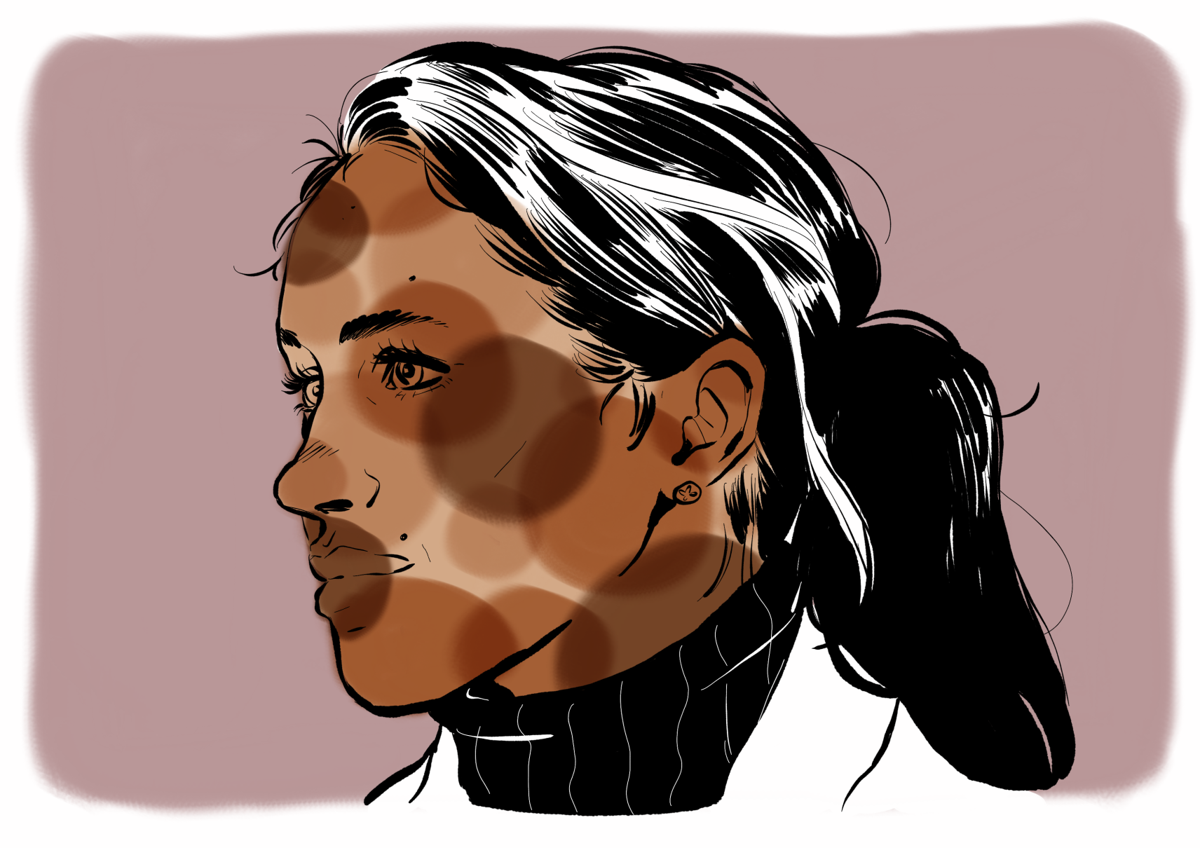 You’re reading She, a series of opinions during Women’s History Month explaining the various issues that women face.

In light of the eye-opening interview Oprah Winfrey had on Mar. 7 with Meghan Markle and Prince Harry, a difficult yet necessary discourse on the issues of race, colorism, mental health and celebrities has started.

The privilege of being light skinned is a double-edged sword because you are often left feeling like there is no space for you in the Black community, even when you identify with the Black experience and love being Black.

Markle is a self-proclaimed woman of color, and like many other biracial or racially ambiguous Black women, her blackness is always in question and under scrutiny. There is no denying the issue of race in this situation, however it is not OK for the general public, especially the Black community, to use Markle’s identity against her.

As a lighter skinned Black woman myself, the issue of colorism is no new concept to me.

Colorism is an issue that strongly affects more than just the Black community, and it continues to wreak havoc in communities globally. It is an issue that needs to be addressed and talked about in the mainstream.

Many people in the Black community, specifically those with far left-leaning politics, will say Markle has no right to voice her experience because they don’t consider her a Black woman, so this particular conversation about racism is off limits to her.

These individuals also say her celebrity privilege and being a light skinned person is what allowed her to enter a space like the royal family in the first place.

If society — and the Black community more specifically — wants to have a conversation about colorism, then we should have it productively and separate it from Markle’s situation.

However, nobody ever wants to have that conversation, and instead they hurl hatred toward women like Markle because she is a lighter skinned Black woman, weaponizing her identity against her.

The same people who will shout on social media about protecting Black women will often be the first to try and silence an actual Black woman in the name of gatekeeping Blackness and feeling superior.

Markle’s privilege didn’t protect her from British media spewing racist attacks against her because in their eyes no matter how light she is, she is still a Black woman.

There are many people who will openly berate and make fun of Markle and not take the claims she made in her interview with Winfrey seriously because she is also a celebrity.

They will even take it a step further and say they have no empathy for her because she married into a notoriously racist institution like the British monarchy. These are deeply problematic and insensitive ways of thinking and cause pain to the individual on the receiving end of those attacks.

Despite Markle’s celebrity privilege and visibility, she’s still a human being with feelings and deserves to have her pain and experiences believed and listened to.

She is one of many female celebrities who have been mocked, insulted and bullied. Britney Spears, Taylor Swift and Ariana Grande are just a few who have had their trauma and pain picked apart publicly in the same way.

Because our society is still plagued by sexism, making fun of women during hard times in their lives is seen as cool or funny.

Markle has had to endure endless undeserved sexist digs from British media. She wasn’t allowed to enjoy her first pregnancy and was pitted against her sister-in-law Kate Middleton.

There is a movement toward abandoning celebrity worship, which is amazing and needed, but some people are taking that as an opportunity to completely dehumanize individuals like Markle.

There is a difference between constructively criticizing Markle and Harry and their privilege, and being nasty and not treating them with basic human respect.

It is easy for the public to turn someone else’s struggle or pain into a joke, especially when cowering behind the internet.

What makes this even more hurtful to watch is the fact that Markle had a private battle with mental health and felt suicidal while she was pregnant.

Markle admitted in the interview that she was isolated from other family and friends and not allowed to be out in public unless it was a planned event. I couldn’t imagine how being simultaneously isolated and oversatured in the public eye made her struggles worse.

For many, Markle marrying into a royal family with money, power and influence equates to her not being able to have any real problems or the right to complain about anything.

It is a lazy take to disregard her pain, and not extending empathy to her because she may have money or status is childish and inhumane. Nobody deserves to be tormented and unjustly ridiculed, whether they’re a private citizen or a celebrity like Markle.

After watching the interview for myself and seeing the authenticity and resilience exuded by Markle, my respect and admiration for her has only grown.

Markle and Harry deciding to leave the royal family because of what they both have been through took a lot of courage, and putting their family first in spite of public opinion was beautiful to see.

She and her husband being vulnerable and sharing their experience is beyond admirable and brave.

This interview and Markle’s experience should be a lesson to all to not gaslight or invalidate the pain of women, specifically Black women, and to practice more empathy and understanding with others.

“ it is not OK for the general public, especially the Black community, to use Markle’s identity against her.” Especially the black community?? LMAOO This statement really set the precedent that your work would be trash. Lmao how are actual black people seen as the villain when the problem is actually white supremacy. Lol and the fact that it was mostly black people defending her is what makes this hilarious. Plz leave black people out of your shitty hot takes, thanks.

You’re seriously going to turn a toxic personality like an American Hollywood actress into a fake tale on how its evil white supremacy?! Please read a book and think before you spew such garbage. This is a foreign woman marrying into a dynasty that has its own culture and traditions that span for hundreds of years. Firstly the arrogance of any American woman trying to change hundreds of years of tradition is abhorrent, and that’s coming from an American! My god, okay can you imagine, if you will, a little scenario with me.

Let’s say a beautiful princess from the nation of Eswatini (one of three remaining monarchies in Africa) fell in love with a white man from Texas (let’s say he’s in the oil industry). How would you feel if this man went over to Africa married into their royal family and then told his wife, “I don’t want you practicing an ancient tribal ritual or family traditions. It’s out dated and intolerant of my beliefs.” My god their would be calls for war against this man by liberals across the world. They'd say how could you degrade and dismiss an entire culture? Those are the same things we should be considering when we think of Meghan.

My friend, this has very little so do with the fact that Meghan is only slightly Darker than Harry. This is about an ignorant and toxic woman that had no remote clue on the family she was marrying into and when they didn’t conform to her and make her the center of attention like Harry and Hollywood did she decided to start up as much drama as possible to revamp her failing career. She tried to completely change the culture of a national institution for the United Kingdom and luckily the only one she hurt was her husband since now the royals can distance themselves. I think calls across the UK are right Royals should only marry Britons, us Americans just aren’t classy enough and that’s okay we left the empire for a reason, doesn’t mean we can’t be honest with one of our closest allies and friends.

I am so surprised at this article considering the fact that the whole of black Twitter in the US and the UK were behind Meghan Markle and supported her despite her biracial.

I appreciate your editorial and your thoughts. I am not a woman of color, but my daughter is part Mexican and identifies as Latinx. She and I have had talks about the way people perceive her. She is also a journalist and is fair skinned, but she uses her maiden name of Rodriguez in her articles. Many times people will post comments based solely on their implicit bias of a Hispanic name. She also sees the "other side" of racism when she is with people who don't know she is of Hispanic descent. When they perceive her as "White" and act as if she is "one of them" they will say things that display their implicit bias. She has learned to have the constructive conversation with people like this, but it isn't always productive.

You are right. We as a society need to have the constructive conversations on race and colorism. And we need to learn to get away from the victim blaming and shaming attitudes we have gotten too accustomed to hiding behind. And it all starts with getting comfortable with being uncomfortable in calling racism out by its name.