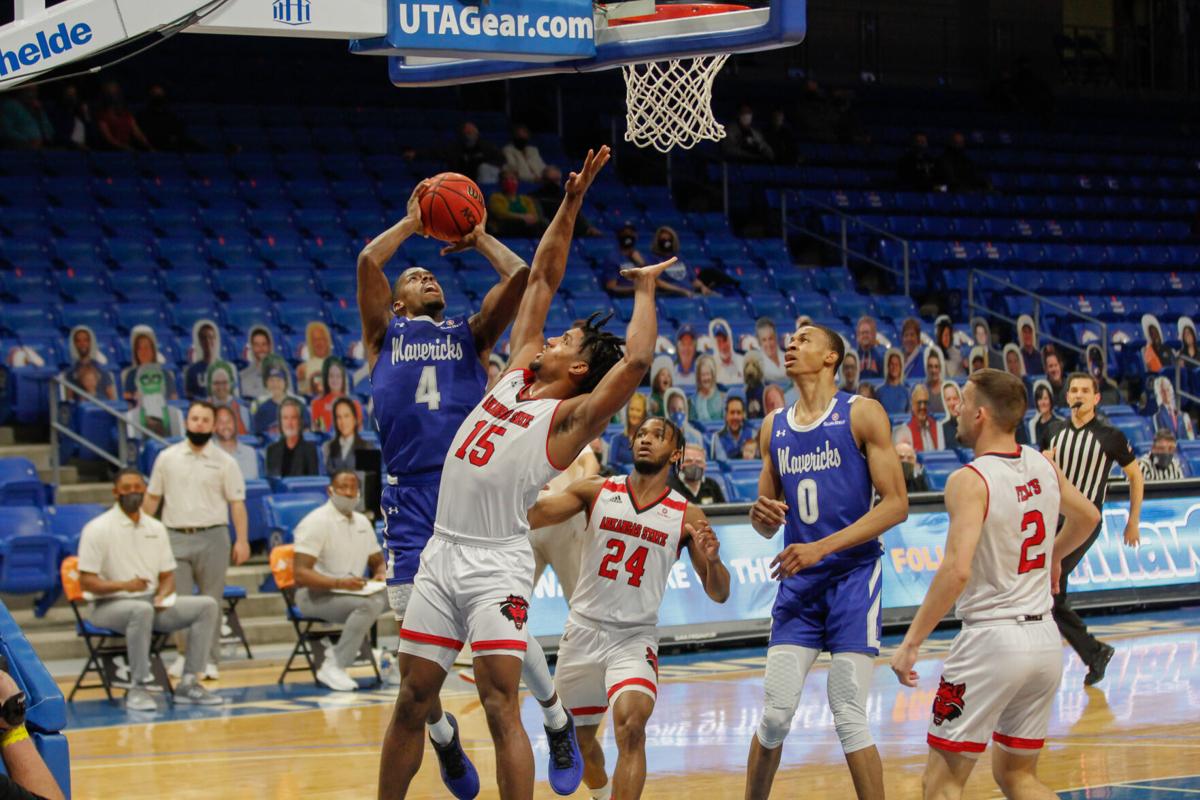 Junior guard David Azore shoots the ball during a game against Arkansas State University on Feb. 26 at College Park Center. Azore scored a season high with 22 points in the game. 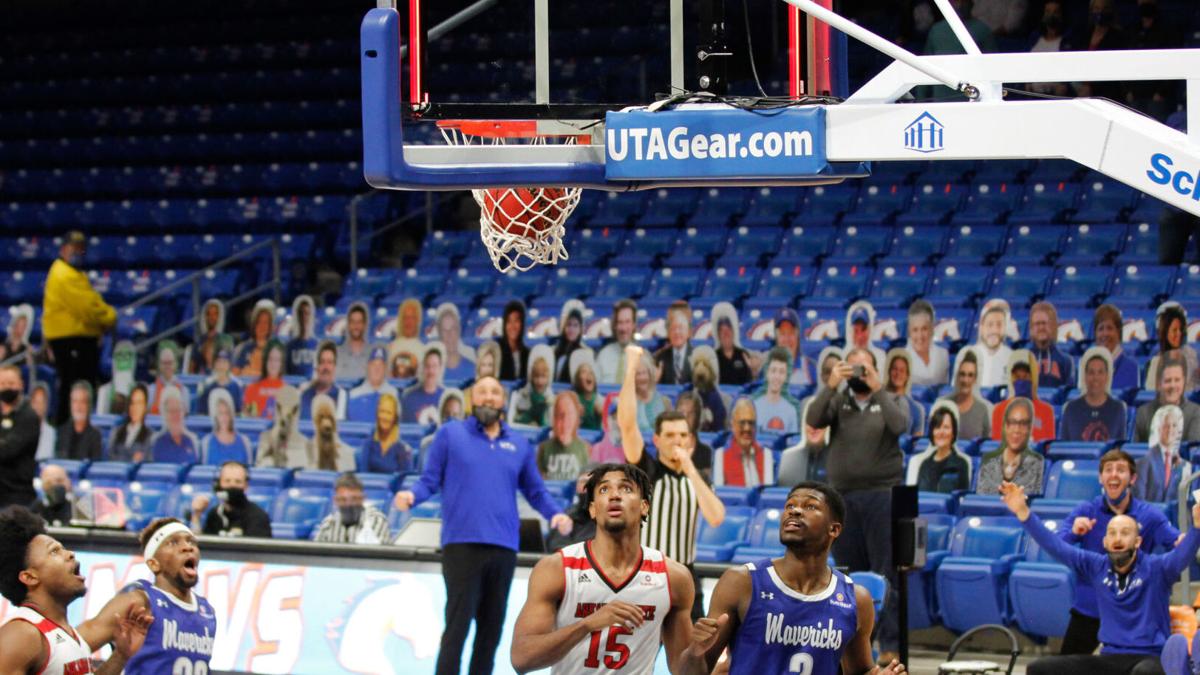 Players react to the game winning three-point shot during a game against Arkansas State University on Feb. 26 at College Park Center. Junior guard David Azore hit the shot while being fouled to give the Mavericks a 73-71 win.

It was a close one again. The Mavericks were trailing 71-69 with seven seconds on the clock.

This time it was the same result, but a different player.

Junior forward Jordan Phillips drove the ball down the court and passed it to junior guard David Azore. With 1.7 seconds remaining, Azore went up for a 3-pointer and drained it, lifting UTA to a 73-71 victory Friday night at College Park Center.

“I’m just happy my teammates trusted me,” said Azore, who recently returned after missing 13 games due to a leg injury.

Head coach Chris Ogden said he was proud of his team and their will to find a way to win.

“They made plays,” Ogden said. “We just made the last one.”

The first half was a battle between the Mavericks and Red Wolves with both teams tied at 31-all entering halftime.

All was going right for the Red Wolves. They opened the game with an 11-2 lead over the Mavericks, who were shooting a mere 1-7 from the field.

The Red Wolves continued to lead for most of the first half until the Mavericks took their first lead of the game with about one minute left. An Arkansas State free throw tied the game up just before the break. It was the first time UTA went into the half tied with their opponent all season.

The Maverick offense struggled in the first half, shooting 10-29 from the field and 3-13 from beyond the arc. UTA did however find success at the free throw line, shooting 80%.

The second half featured several lead changes as the game came down to the wire. With less than a minute the Mavericks were down by three points, trying to find a way to get back in the game.

Wells drove to the paint and made a layup that would bring the lead down to one point. Azore added on to that after making two crucial free throws to give UTA a 69-68 lead with 12 seconds remaining.

All seemed lost for the Mavericks after the Red Wolves took the lead again with seven seconds remaining. But Azore’s buzzer beater gave the Mavericks — who entered the game on a three-game losing skid — a much needed victory.

“When you're coaching you always feel like you have a chance, as long as you have the ball,” Ogden said. “All you want to do in those situations get a shot, number one, and the best shot.”

Ogden said he feels great about where his team is at a week ahead of the Sun Belt Conference Tournament.

“Everything we do in our program is built for March,” Ogden said. “I really believe in these guys. Nobody wants to play us, I promise you.”

UTA will be back in action at 4 p.m. Saturday at College Park Center for their regular season finale against Arkansas State University.