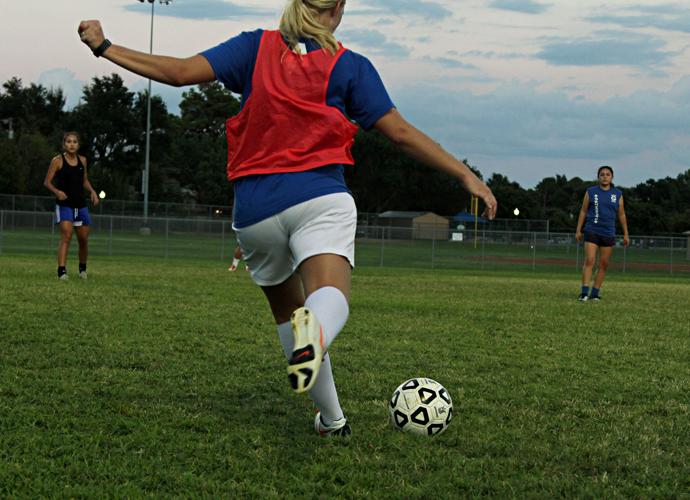 Education senior Brooke Tuttle kicks the ball in-bounds during a practice scrimmage on Sept. 1 at the Intramural Fields. 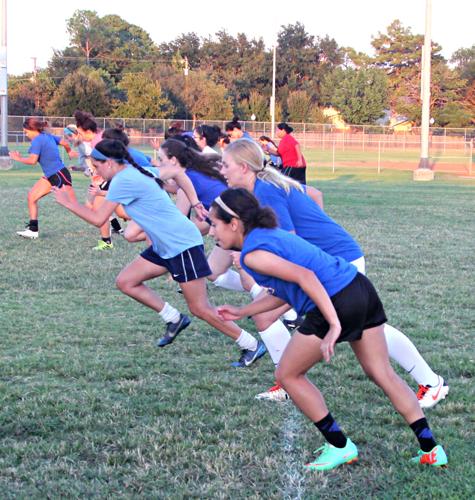 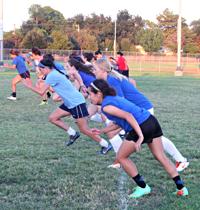 The women's club soccer team sprint to get in shape for the season Sept. 1 at the Intramural Fields. 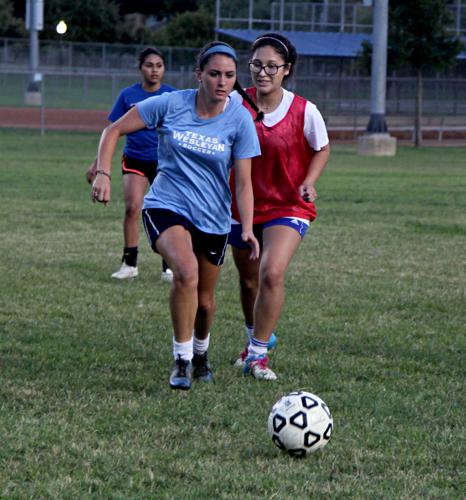 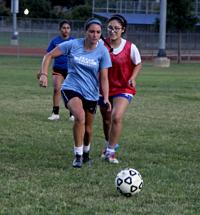 Biology junior Caitlyn Hays-Nevens goes after the ball during a practice scrimmage Sept. 1 at the Intramural Fields.

Education senior Brooke Tuttle kicks the ball in-bounds during a practice scrimmage on Sept. 1 at the Intramural Fields.

The women's club soccer team sprint to get in shape for the season Sept. 1 at the Intramural Fields.

Biology junior Caitlyn Hays-Nevens goes after the ball during a practice scrimmage Sept. 1 at the Intramural Fields.

UTA has a football team after all.

The women’s club soccer team has been around for a few years and is looking to fill out its roster with open tryouts before playing its first game of the fall semester, co-president Cristal Delon said.

“The team is pretty much open to anyone who wants to join,” Delon said. “Our practices are Tuesdays and Thursdays from 6 to 8 p.m. at the Campus Recreational Field.”

UTA’s season begins in September and ends around the middle of October.

After posting a 3-1-2 record last year, Edgar Barrientos, head coach and mechanical engineering sophomore, is hopeful they can recruit enough players to fill out the roster, especially after just missing out on a bid to the regional tournament last season.

But as is the case with many club teams, recruiting players is often a game in its own.

“A lot of girls can’t make it to practice,” co-president Nancy Ramirez said. “Others have some other practice, so we have to arrange everything to everyone’s time.”

The women’s soccer club falls under campus recreation sports as a club sport and any involvement is volunteer-based.

So even with students making it to practice, the team still needs more from its players outside of team drills to have a strong squad, Delon said.

“Even with all the times we do practice or work out, we stress that they need to do more outside of our own practice time because it’s a short amount of time we have to prep and get ready for a game,” Delon said.

With the season-opener approaching, Delon and Ramirez are emphasizing the need to fill the roster because players are only coming and going at this point in the semester, Barrientos said, and they need at least 18 players on the roster to compete.

They are hoping to reach the minimum and then some in the next few weeks by hosting open tryouts and pinning fliers across campus.

Open tryouts are currently being held Tuesdays and Thursdays at the Camps Recreational Field, and workouts are at 6 a.m. at the Maverick Activities Center.